Similar to this post when the Tarbutton family was last expanded - we have a new addition to announce!  A baby TB was born on July 19th at 3:09 PM.  He arrived a week early, but right on time according to grandma Shinnick's prediction.  He looks like neither one of us - unless we hold him at a distance, squint our eyes and try really hard - then we can see some of TB in his eyes and nose..  But then again that's probably a stretch.  Regardless, we think he's a pretty darn cute kid even though we have no idea where the cuteness comes from.

We've been overwhelmed by all the congrats, gifts, phone calls and messages - thanks to you all.  Baby TB is lucky to have so many people excited to see his arrival and watch him grow into a full sized TB.

The Button Life posting was a little lax during the pregnancy and although it was a relatively uneventful pregnancy in terms of my well being and baby TB's health - there were definitely some blog-worthy moments.  I have notes (because I love notes and lists) and plan to update during my maternity leave.

In the mean time, a new baby means lots of obligatory photos - so I'll leave it at that for this post.  Enjoy! 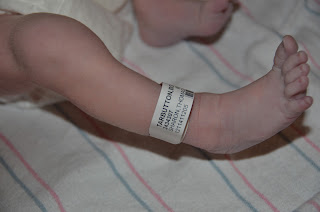 He really is ours... and we wanted to make sure no one stole him.... 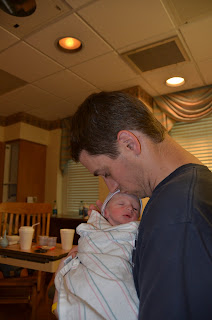 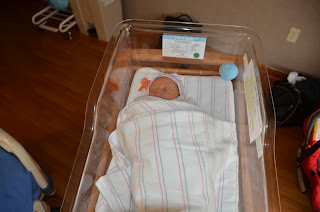 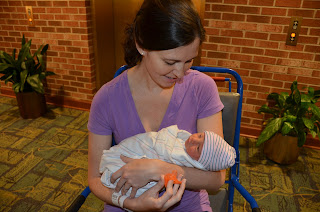 Our exit from the hospital - it looks like I could use a lesson or two in holding a baby. 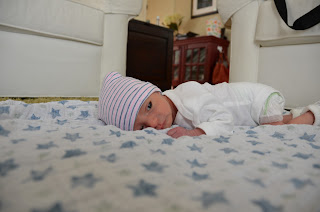 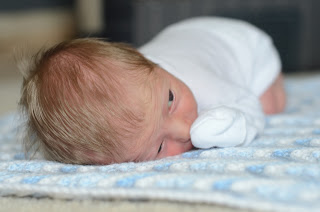 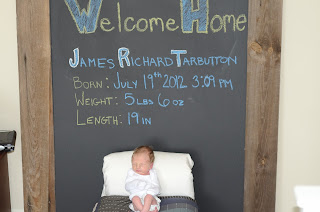 James may be just a bit too little for posing in front of the gigantor chalkboard from Grandpa Shinnick - but we made it work. 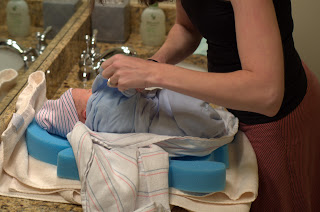 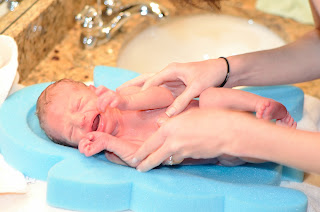 was not a happy time. 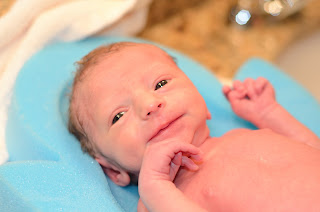 A sweet sigh of relief when it was over 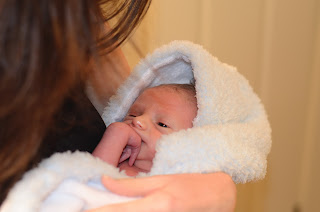