On our recent trip to Portland to visit Leslie's sister, the whole group of us decided to take a little drive.  A drive to the coast of Oregon - through "Ax Men" country and to the home of the Gonnies, Astoria, OR.  Little did we know, the 25th anniversary of the movie was just the weekend before and we missed the festivities by just a few days.  The entire town was also out of Goonies memorabilia.....  Bummer.

Although we were disappointed, we decided to just go to the beach and have a relaxing afternoon.  Being short on maps, we weren't sure if we should turn left or right for the beach.  We chose right.  And were wrong.  Flash forward several more hours and we finally got out of the car.......  in Washington. 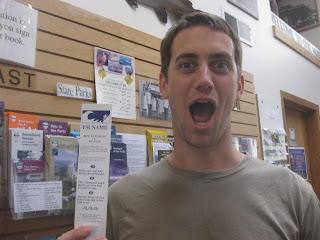 Tsunami?  In Oregon?  Must be terrifying. 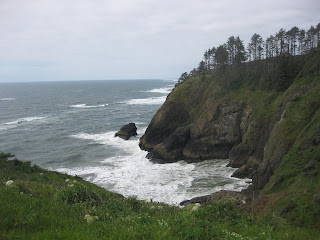 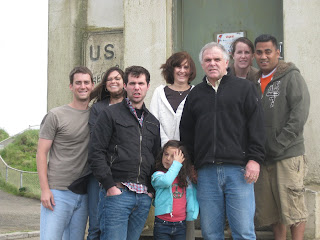 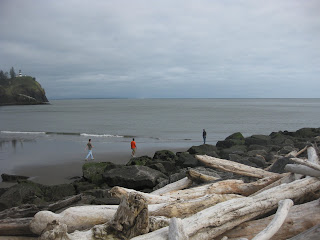 We attempted to get the boys to take the Polar Plunge.  But they chickened out. 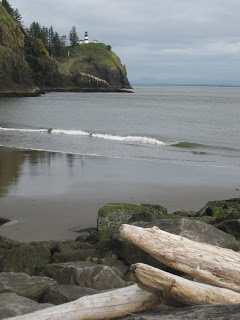 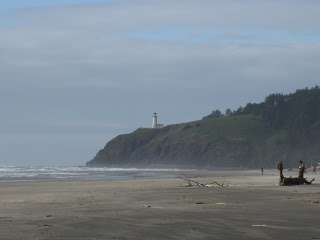 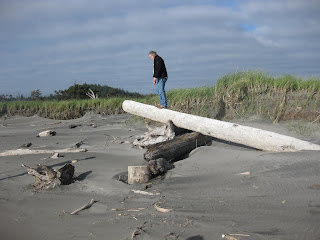 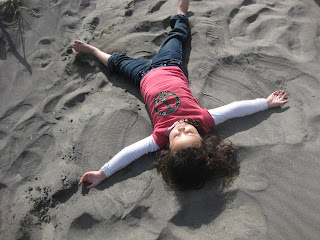