Keeping the US Postal Service in Business

In the age of email and text messaging, everyone still loves to get an old fashioned letter. Never mind that the USPS lost several of our wedding invites and thank you notes.  Never mind that our local post office isn't open on Saturdays.  And doesn't even have a stamp machine!  Where is one supposed to buy stamps if you can't go to the post office M-F 9-5?  Thanks to the nice stranger that heard TB and I complaining about the lack of office hours, we discovered that the best place to buy stamps is the UPS store.  The UPS store?  Strange but true.

Much to our amazement we started receiving pictures of the final product!  The participation was much appreciated and in fact even made my day! 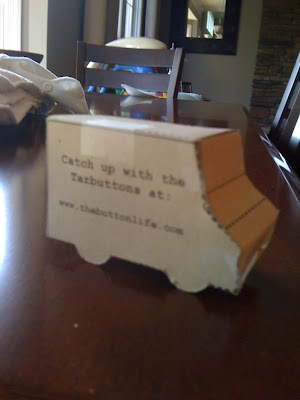 ﻿
Our second contribution to the postal service was our annual Christmas card.  I must admit that I'm obsessed with picking out the perfect card every year, and I start bookmarking potential cards early in the year.  I may even have a folder on my computer with a collection of cards that I'm considering for upcoming mailings....  Or maybe I shouldn't admit that. Crazy.  I know.  This year's winner was a cute little place called Hoot Design.
Anyway, after pouring through our pictures from 2010 - I realized that we didn't have any good ones.  Or at least Christmas card worthy pictures.  So we went with the non picture version of a card, but yet still personalized: 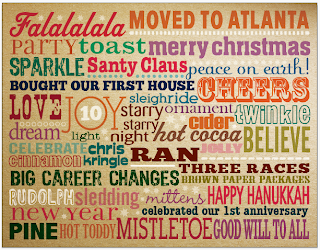 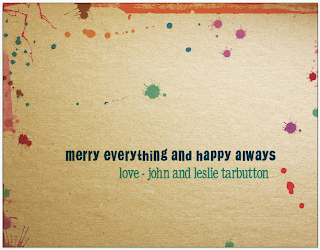 So after 20 books of stamps bought from UPS, the TB household has contributed our fair share to the USPS.  At least until next Christmas - which I'm already planning for.....
Posted by Leslie at 4:28 PM