Who Let Us Take Home a Baby?

This parenthood thing is hard.

Just the other day, TB and I were feeling pretty confident about our baby caring skills and giving each other some high fives about what a good job we've been doing.  We even decided to go back and look at some pictures of our first few days at home.  We ran across our video of JTB's first bath and smiled lovingly at the computer monitor as we pressed play.

Our smiles quickly turned to shock.

We stared in disbelief as we watched our videoed selves from just two months earlier, give the most painful bath to a week old baby.  Nails. On. Chalkboard.

The poor kid had no clothes on as we fumbled around finding washcloths, baby soap, towels and getting the water to exactly the right temperature.  He was then wet down with an obviously too cold washcloth as we took our sweet time washing every little crevasse of him.  His poor screaming self was flailing around, face getting red and with no acknowledgement of that fact from his parents.  We even took turns switching out who bathed him and who recorded and took pictures.  We smiled at the camera and asked the other if he or she "captured that".  What in the world were we even trying to capture?  The poor guy was miserable and we were far from getting a cute first bath moment captured on film.

Our present day selves were yelling at the computer monitor to "hurry up!!!"  or "wrap him in towel" or "he's cold you idiot, put some clothes on him!!!".

As the video ended we looked at each other and silently took back our high fives. 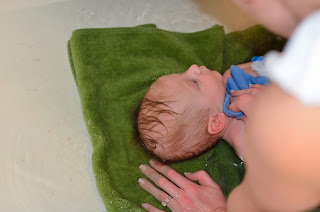 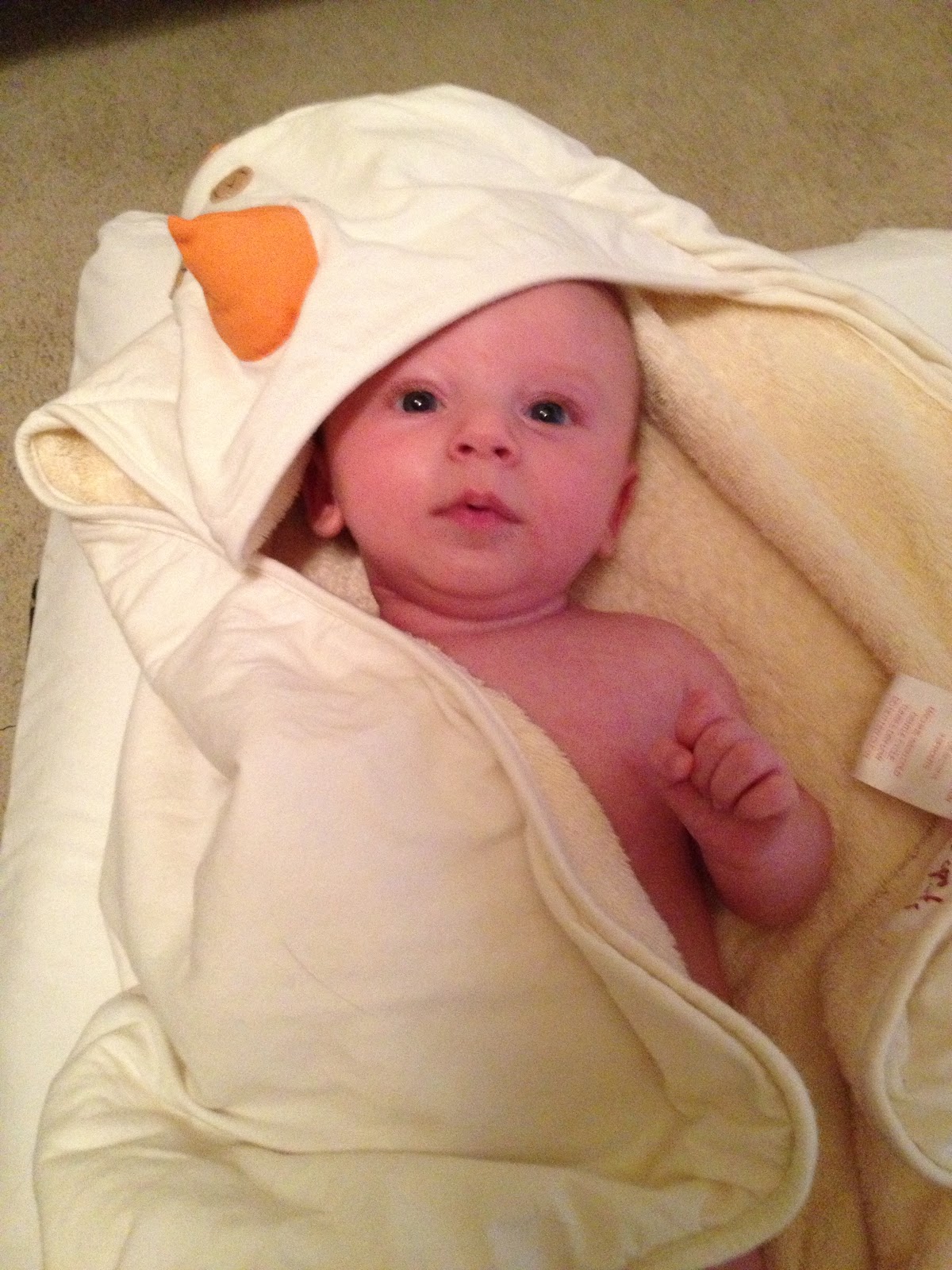