I am not a serious runner.  You know - a serious runner, like those people with the crazy belts that hold water, eating that weird energy gel and keeping their pace on the GPS watch.  I am not built to run long distances.  My knees turn in and I don't look like one of those marathon runners on TV.  I have a serious objection to exercising more than 2 hours a day.  And I refuse to change my diet of cereal and chocolate just to run a race.

I like to plug in my Ipod and go running around a cool neighborhood on a nice afternoon.  I may have a distance in mind, but no specific pace in mind.  I like races.  I think they're fun and you usually get good food and a cool t-shirt.  I'm the kind of runner that likes the large races with tons of people.  Yes, you may have to dodge people everywhere, but I like the motivation all those people provide and all the spectators on the side of the road cheering you on.  Honestly, I really need all those people to keep me going toward the end of the race.

All in all the race was a great experience.  Completing the race was one of the most difficult things I've ever done, but also great fun at the same time.  I'm not really sure how that worked, but it did. While crossing the finish line I kind of wanted to collapse, drink a gallon of water and cry - but at the same time it was one of my prouder moments.  It was something I never thought I could do, but I did it all on my own.  Even with cereal and chocolate.


After the race, all the serious runners were talking about the course, the hills, their time... blah, blah.  My non-serious runner favorite part of race day was all the homemade signs that are put up for the thousands of runners.  They kept me entertained and almost kept me from asking myself for the entire race why in the world I decided to run this far...  Almost.

A few of my personal fav signs seen in Nashville:

"May the course be with you"
"Kick Assphalt"
"Sorry, I've Got To Run"
"Staying up all night making this sign was hard too"

And of course, my all time favorite: 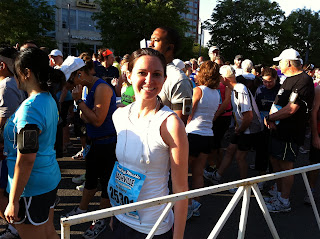 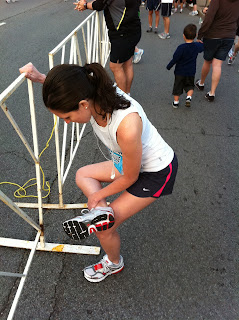 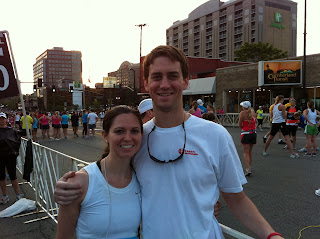