Well, sort of. Our guidebook said that contrary to popular belief, most people can actually catch a wave during their first lesson. Obviously they had not met me.  But I was feeling confident.

The afternoon consisted of lots of paddling, a few scarey moments, some wipeouts AND catching some waves!!!  (please excuse the crap pictures - they were taken with a waterproof plastic camera) 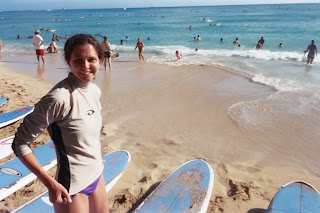 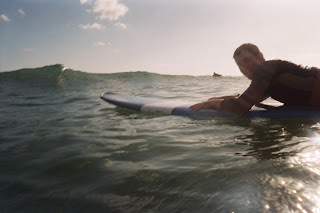 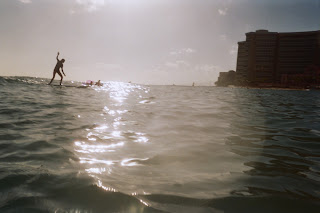 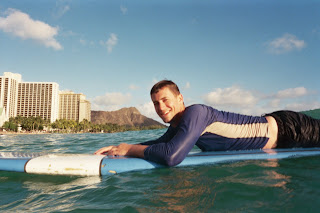 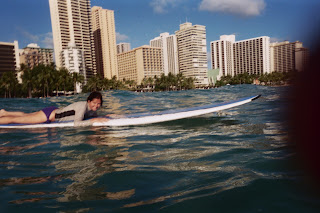 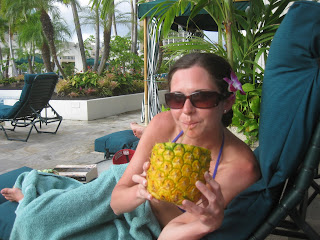 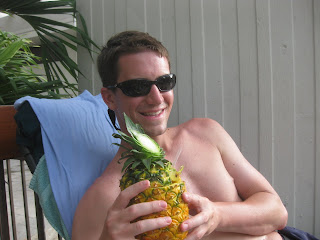 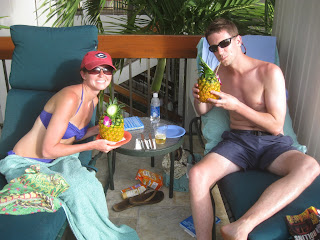